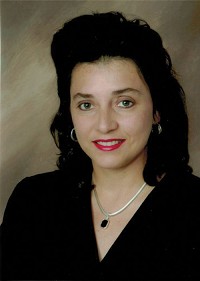 Dr. Karageorge was born and raised in Louisville, Kentucky.  She graduated Summa Cum Laude with a Bachelor’s Degree in Biology from the University of Louisville.  In 1992, she received her Medical Doctorate Degree from the University of Louisville School of Medicine.  She completed her Internship and Residency in Internal Medicine at the University of Cincinnati where she received both the Internal Medicine Residents’ Teaching Award and First Place for the Department of Medicine Chairman’s Presentation.  She was selected to serve an extra year as Chief Medical Resident at which time she was awarded the coveted Visiting Fellowship at Addenbrooks Hospital in Cambridge, England.

In 1996, she returned to Louisville where she remained  in private practice for twelve years.  She was consistently recognized by her peers as one of Louisville’s Top Doctors in the Louisville Magazine and America’s Top Physicians by the Consumers’ Research Council of America’s  “Guide to America’s Top Physicians”.  She served as a University of Louisville Sports Medicine Team Physician from 1998-2002.  She is a recipient of the Daughters of the American Revolution Good Citizen Award and in 2002 was voted Mercy Academy Alumnae of the Year.

Most recently, while making preparations for the creation of Louisville Concierge Medicine, PLLC,  she has been working as a Hospitalist with the Baptist Healthcare System  and provides Medical Peer Review Services for Jewish Hospital and St. Mary’s Healthcare.  She serves on the Today’s Woman Magazine Health Advisory Group.

She is married with one child and is active in her church, school and the Louisville Community.   In her spare time, she enjoys bike riding, cooking and serves as her church’s Children’s Greek Dance Instructor.

She would be honored to serve as your personal physician.